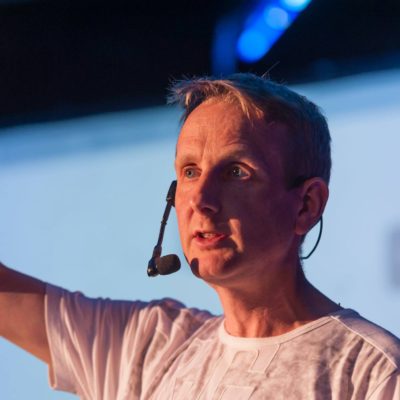 Karl Scotland helps businesses to become learning oriented organizations. Over the last 15 years he has been an advocate of Lean and Agile approaches. He has worked with companies such as BBC, Yahoo!, EMC Consulting, Rally Software, Cisco and SDL. During that time, he has been a pioneer of using Kanban Systems and Strategy Deployment for product development, a founding member of both the Lean Systems Society and Limited WIP Society, as well as being an active community member and a regular conference speaker.

In addition, Karl has been awarded with the honorary Brickell Key Community Contribution Award at the 2013 Lean Kanban North America conference.

“Failure is Not an Option!”

For many organizations, failure is something that should be avoided. According to Karl, many people do not take risks and hide undesirable results for fear of being blamed and punished. They are afraid of failure. However, for Karl it is precisely these failures that generate new information from which people can learn. For him that know-how is what leads to organisational improvement and long term success!

This session is relevant for all managers who needs to create an environment where failure is allowed and for developers, who need to think about their work in terms of generating information and learning.

Karl Scotland is a speaker on the Epic stage at the 3rd Agile Serbia Conference. Join us and you will hear some specific advice how to turn failure into success and why some experimentation is important. You can expect unexpected!