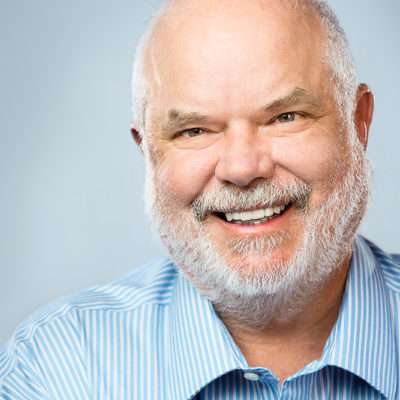 Bob Hartman is known to his clients as “Agile Bob”. He has more than 30 years of experience in developing software and has served in almost every role in the software industry (developer, tester, trainer, product manager, etc.). Bob has trained over 10,000 people and he is Certified Scrum Trainer and Certified Scrum Coach since 2006. He worked with over 100 different companies and some of them are Whole Foods Market, Turner Broadcasting Systems (CNN), Ticketmaster/LiveNation, United States Air Force, United Launch Alliance, Pearson Education, AICPA, DISH Network, Focus on the Family, Northwestern University, HBO.

Bob is founder of Agile For All, which goal is to promote the use of Agile development methods. He was a Board member of the Scrum Alliance for 2015. Bob has been a speaker at numerous major conferences, seminars, workshops and user group meetings where his engaging style, holistic view of development and personal anecdotes are always well received by attendees.

He has his own blog (www.agilebob.com) and he is very active on Twitter. He has almost 10,000 followers! We are free to say that he is definitely  one of the Worlds leading Agile influencer. 🙂

“Why 21st Century Leadership and Agility Go Hand in Hand”

Bob Hartman is the keynote speaker at the 3rd Agile Serbia Conference.

According to him: Management is doing things right, but leadership is doing the right things! Bob will talk about the importance of the leadership in the 21st century! During his speech, he will present how effective leadership reduces risk while helping people thrive and explore some fundamental shifts that help people to become more leadership oriented and less management oriented. In the 21st century, everyone, not just executives and managers, needs to be a leader. Are you up for the challenge?

In a world that changes much more rapidly than at any time in human history, a company must be able to keep up in order to succeed. The most successful companies will thrive towards a change and become “anti-fragile”. Nowadays, where long standing multi-billion dollar industries can be disrupted by start-ups in a garage, leadership needs to be diverse. In fact, when combining all of the above, it is clear that leadership in the 21st century needs to be more agile than traditional.

After his keynote speech at the EPIC stage, another opportunity to hear him again will be at the DEV stage. He is going to moderate a discussion there right after his opening speech. You will get an opportunity to ask him whatever you want. We know that you like to hear some real-life examples – so, don’t be shy – ask him about his experience. Bob will certainly prepare some of his case studies, and examples from his own experience. If you have some challenges with processes, he is also open to help and discuss all hot topics from the Agile World! Don’t miss it! 🙂