I just finished watching “Trump: An American Dream” documentary. At first, it seems irrelevant to the story of Scrum, except this very interesting thing one of the guys leading Trump’s presidential campaign said… To paraphrase, it was that it doesn’t matter what you say during your campaign, it’s how you say it. Because people don’t remember the words, they remember the feeling associated with these words.

So it got me thinking…

When we talk about the Scrum team and the way it works, we usually focus on the framework, meetings and the flow. Rarely are we focused on energy and communication between the people, missing out a huge part of our possibility to succeed. And we often end up with workgroup, not a team. More often we talk about conflicts within a team, without having the core balance, understanding and commitment. Before we form a team. A workgroup is a place where individual goals and behavior are leading to appointed leadership and heroism. It’s a place where people are focused on their own personal goals and achievements. As such they become competitive and lack empathy, understanding and care for others, thus making the proper communication and commitment impossible.

What we need in Scrum is partly laying in the interactions part of one of the statements of Agile Manifesto.

So how do you get from workgroup to a team?

There are some practical things you can do, like for example having people in the same office, but they are more than often impossible to achieve due to distributed teams or just office space limitations.

I’d say that the most important thing is to have your team gather around one shared goal. For a start that can be a product vision. Have the vision as transparent as possible and understood well by everyone involved. Keep on working on it with your team. Adopt changes and embrace novelty together.

They need to feel safe. Safe in the organization and the team. There is no one, unique answer on how to get there. But what you can start with is leading by example. Be honest, committed, brave and understanding.

Embrace differences and equality, at the same time. Differences in the way people are and the way they work and communicate, and equality in the sense that they are all as important to the success of the project. As such they should understand that only together with all those differences they can deliver the maximum value.

And to get back to the Trump story from the beginning: forget the words, just listen to the energy… Sometimes when the team talks just try listening without hearing the words. Feel the energy, who and how is speaking, intonation and vibrancies… You’ll get more from that than you could imagine, you’ll be able to catch the invisible. These people are not running for president of the USA, so their behavior and dynamics will be genuine and natural.

This is so much different than the usual techniques (active listening, clean language) that we use in one-on-one sessions, but equally important and effective.

This transformation is challenging and hard, but beautiful and life-changing for the team and Scrum Master. So read, follow, listen, improve yourself to be able to handle this the best possible way, as there is no practical recipe, but there are so many stories that can help you. 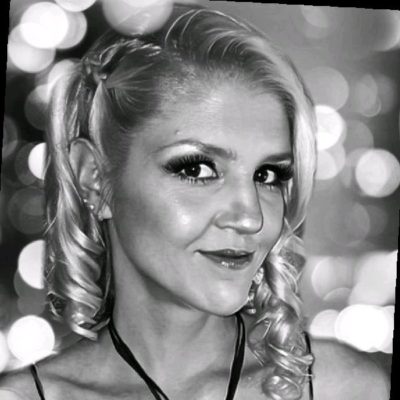 Milica is a Agile enthusiast, Scrum Master who is focused on improving transparency and building team trust. She is passionate about Agile Software Development, focused on team performance, encouraging compassion, consistency and commitment. Also, Milica is a member of the Agile Serbia Coaching Club. Her background has an extensive experience in Digital Marketing with high developed communications skills and successful record of accomplishments in Project management, Marketing and Public Relations.