Scrum Master is a leadership role in Scrum. It is also a role with no authority over the team. However, when we talk about leadership, we are used to the model of command and control where leader “rules” with authority. We know the rules, we know the roles in that. But how does the leader with no authority, such as Scrum Master, lead? How do you follow such a leader?

How did we end up with the mindset that a leader needs to have authority in the first place?

Looking at the definition of authority “The power or right to give orders, make decisions, and enforce obedience” gives a clue. Why would we give such power to someone? Traditionally, the reason for that was that the leader (a boss) knew more than his followers. Authority came from knowledge. Have a question? Ask the leader. Have a problem? Leader can resolve it! Don’t know how to fix something, ask the leader to do it. Have a solution? The leader has a better one! He knows better, he knows more, he is more efficient – follow his lead.

This worked, and it still works in some cases. However, a software engineering team is not one of those cases. Why? Because today’s software production is a complex system demanding high quality in many of its activities: coding, designing, data processing, testing, user experience, graphic interface, marketing, sales, etc. So, companies hire people who excel in these areas. They hire them because they know better. These people are known as knowledge workers. Their primary value is knowledge, cognitive ability, ability to solve complex problems. By definition, they know more than their bosses in their own specific domains – that is why they are hired!

Can you effectively lead these people by enforcing authority? You can try, and many do, but it ultimately leads to many problems. Simply put, when a leader has a solution, a follower, who knows more, has a better one! The tables are turned. If a leader enforces a solution despite follower’s warnings then he loses credibility and respect. Also, the value that the knowledge worker brings to the company is diminished, his knowledge is not utilized. There are delays, since followers must wait for orders and permissions to act. They must battle with the boss for who is right. People suffer, software engineering suffers, and software quality suffers. All these problems lead to the emergence of a new type of leadership. A leadership that is focused on empowering, delegating, coaching your “followers” and providing the right environment for them to work in. Leaders that inspire, help, serve the needs of their fellow workers – the servant leaders.

Scrum Master as a Servant Leader

Where is Scrum Master in all of this? Scrum Master is a servant leader and Scrum Team is a self-organizing, cross-functional team of empowered knowledge workers. If a Scrum Master has any authority at all, it is authority over Scrum and Agile (values, principles, mindset, practices, frameworks, roles, rules etc.), but he has no authority over people. Can you order Scrum to do something? Of course not, it’s the people that get things done. How does a Scrum Master contribute to getting things done? By coaching people in Agile and Scrum, by helping with removal of impediments, by inspiring, by leading-by-example through living the Agile values and principles, by creating safe environments and encouraging people to inspect and adapt. For these to work you need to earn respect of your team, not get authority over them.

What are the tools for this? You listen, closely. You don’t tell what to do, you ask what they need to do it. You show. You coach. You don’t promote your own agenda or outcome, you explore what agenda and outcomes are beneficial to the team. You do not enforce Scrum, you explain and promote it.

A Scrum Master with Authority

OK, so Scrum Master don’t need authority, but does it hurt to have it? Yes, it hurts a lot actually. Primary goal of the Scrum Master is to foster transparency, inspection and adaptation. If you have authority over the team how effective can you be in this?

Transparency and inspection mean that the team has to honestly, bravely and openly look at their own collective and personal mistakes, problems, errors, miscalculations, flawed decisions, unproductive behavior, etc., as well as environment that lead to all of these like badly placed or used metrics, processes, practices, policies, etc. Are people willing to do this (with Scrum Master present) if the Scrum Master can promote, demote, transfer or fire people? If he can influence individual bonuses, salaries and benefits? If he has the authority over how it should have been coded, tested etc.? If he holds the “Scrum stick” and hits people with it whenever they do something not according to Scrum.

While there will always be individuals who will not falter in the face of an authority, there are many more people who will take other measures. Measures like hiding problems which diminishes transparency and ability to prevent or solve those problems. Or blaming others (including the Scrum Master) which destroys the team. Or stressing (both inwards and outward) until they or somebody else quits. Of course, all this happens over time so it is hard to pin point the culprit. To make things worse, all these behaviors create a culture in the working place making this a long-term problem.

Exercising transparency, inspection and adaption while having authority make it rather easy to end up with low transparency, low respect, bad relationships, little to no inspection and very little adaptability. This will rob the team of benefits that come with Scrum and Agile. And where does the blame turn usually to? – Scrum framework and Scrum Master, of course.

But I don’t want / have the Authority!

And above all, arm yourself with patience because this is a journey – you can’t just declare that you don’t have authority or what servant leader is, it takes time for people and you to embrace it. 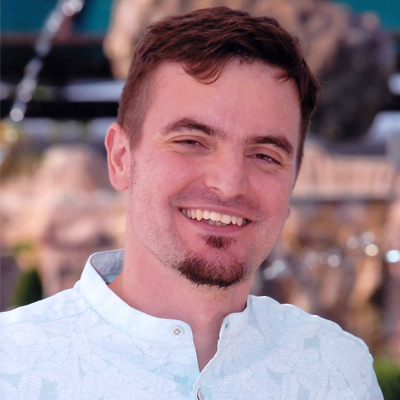 Miloš Zeković has more than 10 years of experience in the IT industry (more than 7 years as a Scrum Master) and has facilitated many workshops and trainings. He holds several worldwide recognized certificates in Agile/Scrum and has a proven experience in Scrum team coaching. He holds Certified Scrum Professional®, both Scrum Master and Product Owner, as well as Certified LeSS Practitioner® certificates.