We are proud to say that the Quantox Technology is our silver sponsor at the 3rd Agile Serbia Conference. On the EXE stage they will introduce you with the workshop “Creating IoT device for your Scrum meetings”. For this workshop, basic understanding of programming is recommended, but it is not required. During this workshop, they will show you how to work on their IoT tool. Also, they decided to take a step further and sent us a great blog post by Attila Pravda based on the importance of front-end development.

Dawning of my interest in web development was accompanied by the thought that what it consists of is staring at zeros and ones all day long. This erroneous preconception – which was caused by a lack of understanding what web development actually is – got me in a position where I had no clue where I should start with learning.

I have been contacted recently by a lot of people who suffered from similar false preconceptions, and these were their most frequently asked questions:

For that reason, I’ve decided to write an article on the topic of what path should those who seek to become Front-end developers take.

What is web development?

In comparison to the period, long past when access to crucial information was the privilege of formally educated, we now have the internet which is full of all kinds of useful and above all free information. When said abundance is paired up with good guidance – something which this article offers – future programmers become free of need to spend a considerable amount of money on infamous “Become a programmer in six months” courses or so called “Schools of programming”. I can say from my personal experience that these alternatives cannot offer you a decent education, and that you will – provided you follow this article’s instructions and make a sincere effort – master everything they could ever teach you fairly quickly.

So, where to start? Why, from this article, of course!

Learning is divided into three phases:

After you master the last essential technology, namely JavaScript, you should get acquainted with jQuery. jQuery is not a programming language in and of itself, but rather an open-source JavaScript library which makes the use of JavaScript on your webpages a whole lot easier.

Things you must know

In order to be able to work on more demanding projects as well as be competitive on the job market, you will have to learn how to use certain tools which aren’t closely connected to Front-end development:

Learning how to use WordPress is what will help you immensely in getting your first paid job. WordPress is a CMS (Content Management System) which will give you tons of opportunities for earning, being that one quarter of all internet websites use it.

CSS pre-processors are there to make writing CSS easier by the virtue of ability to write in modules, having variables support and a more simple syntax which will lessen code repetition and make it easier to read.

Bootstrap is the most popular framework for quick realizations and optimization of web pages, with an excellent responsive grid system and lots of predefined components which make it easy for use. With a sound knowledge of CSS, learning these frameworks should be a walk in the park.

JavaScript frameworks are mostly used for making single-page web pages or web apps whose architecture contributes to reducing internet traffic by minimizing the amount of requests sent to the server. Opinions differ on which framework is the best, being that all of them have their respective pros and cons, but the fact that the three most popular frameworks are Angular, Vue and React remains. Knowledge of at least one JavaScript framework is a necessity, and it’s up to you to decide which one you’ll master.

The last item on the list of advanced Front-end development are the toolkits such as NPM, Gulp and Webpack. These tools are perfect for speeding things up by relying on automatization, modularization etc.

This text is but an intro to subjects which shall be explored thoroughly in the upcoming articles, so stay tuned. 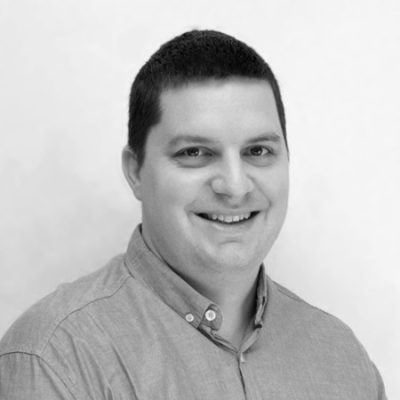 After several years’ worth of experience in system administration, Attila has found his true calling in the form of Front-end development. He is an experienced front-end developer at Quantox Technology. He works on Angular-based applications which use latest technologies to build streaming and communication platforms. His future plans include further perfectioning in domain of Front-end development as well as contributing to the community of programmers by writing articles and making tutorials.