Once, one of my friends said, “Hey, let’s pick a position, and compete who will score more points”. The challenge was accepted. 🙂

A play was slowly becoming a Game.

So, what is the difference between a Play and a Game?

“A game is a bounded, specific way of problem solving. Play is more cosmic and open-ended. Gods play, but man is a gaming individual…” – Shiv Visvanathan, Alternative Futures

As defined in Gamestorming book, a game has some of the components that actually make it a Game:

When the game starts, players are suspending reality. They are now willingly entering some other space – game space.

A game has boundaries – in time and space for example. We need to know when the game starts and when it ends. Imagine that you are watching a basketball game that lasts forever. Who will win?

“Within the game space, players agree to abide by the rules that define the way the game world operates.”

If you don’t follow all the mentioned rules, than you are violating the rules of the game, and that is cheating.

Artifacts can be used to track progress, store the current state of game, etc. We had a ball, a hoop and a chalk. Lines drawn on the court and points are also artifacts of a game.

The game can be timed, just like a basketball game. In our case, the game was over when the last player shoots the 20th shot. We then compared who was better. The goal was to be a better than the competitor.

Without any of these: Game Space, Boundaries, Rules of interaction, Artifacts or a Goal, it is not a game.

As a developer, I wanted my job to be a game, so I can enjoy doing it.

This is why ‘Play vs Game’ topic is so important to me. I would like to go to a “game” every morning instead of a job, don’t you?

So, let’s see what we can do about it.

As mentioned before, we need to introduce: #1 Game Space. We need a space where we can suspend reality, and be willingly there. Well, our office is a good candidate, so we already marked #1 as done.

Also, we need: #2 Boundaries. Let’s try to make boundaries in time, let’s play for a couple of weeks, and compare results then. Maybe for 1-4 weeks? 8 hours a day? Maybe to add boundaries in scope? Illegitimus non Interruptus?

Step #3 is to define Rules of interaction. Maybe one rule can be to check if we really finished something (scored in basketball, finished a user story – DoD)? Can we add some ceremonies at appropriate time?

Step #4 is to define Artifacts that can help us during our game. Time left to the end of the game maybe? How far are we from our Goal? Game Backlog, Information radiators, charts, graphs, velocity, etc.

And of course, we need a #5 Goal. Let’s define why are we playing this game? What is the best outcome of this game? Let’s call it Game Goal.

Even better, as most of the games have their own name, let’s find some name for our game. For now, let’s call it just “Sprint”?

This is why I like to “Sprint” every morning and every day. It is so much like a game if you play it carefully.

And this ‘Sprint’ Game is something that you can play infinitely, competing to yourselves. So, do you have all gaming ingredients in your Scrum projects?

What would happen if you apply these steps to a Daily Standup? Refinement? Other time-boxed events?

Do we have a game now? 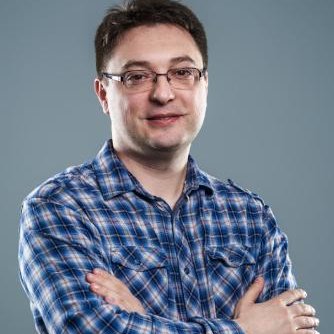